﻿﻿ Waqf: Plagiarism From The West? | CENTRE FOR MANAGEMENT OF WAQF, ZAKAT AND ENDOWMENT (WAZAN) 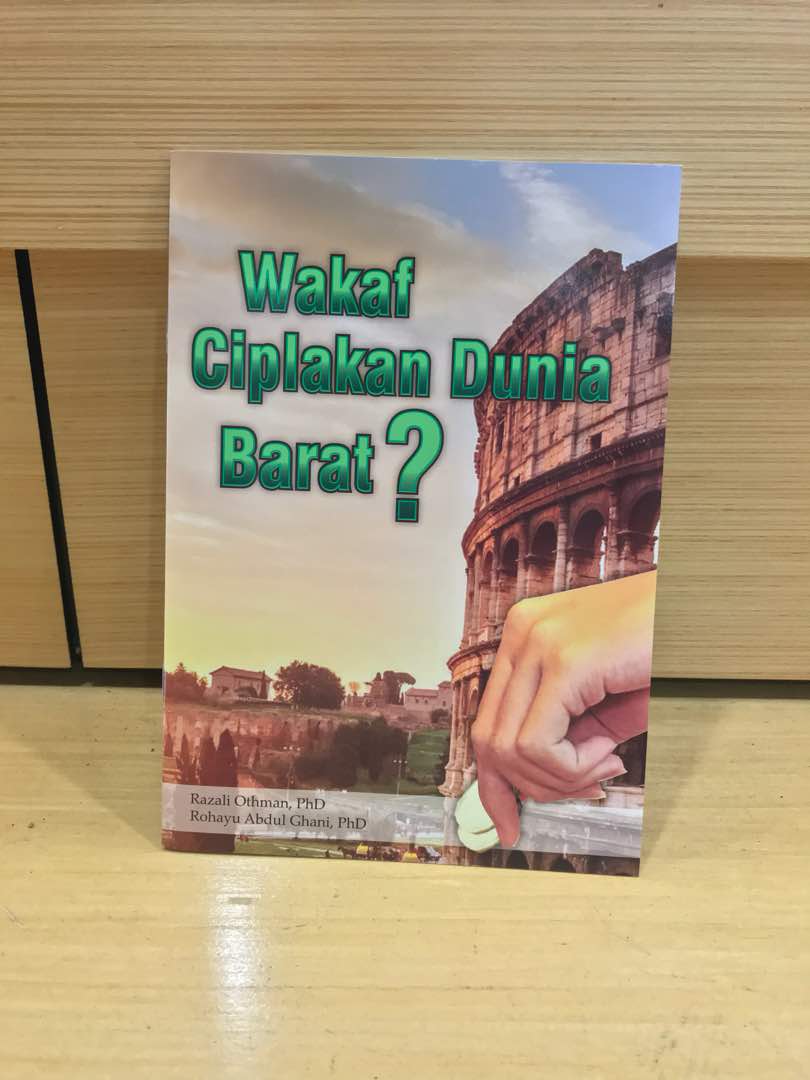 The findings of this book prove scientifically that the practice and legal system of waqf actually exist based on Islamic tasawwur based on al-Quran, al-Sunnah Rasulullah SAW and the ijma 'ulama. At the same time, refusing allegations of Western orientalists accusing and claiming that their practices and legal systems were created from Byzantine or Roman civilization.

The writing of this book is made in simple language style and is provided in a descriptive form to answer the allegations and indictments. Therefore, this book is suitable for early reading by Islamic and non-Muslim communities who are keen to recognize and understand the philosophy of waqf according to Islam. The authors of this book hope that this book will be able to educate and give real understanding to the community about the existence and importance of waqf. More importantly, this book is expected to help every Muslim to fulfill the obligation to waqf as an important source of funding for the ummah after being outdated from the mainstream management.