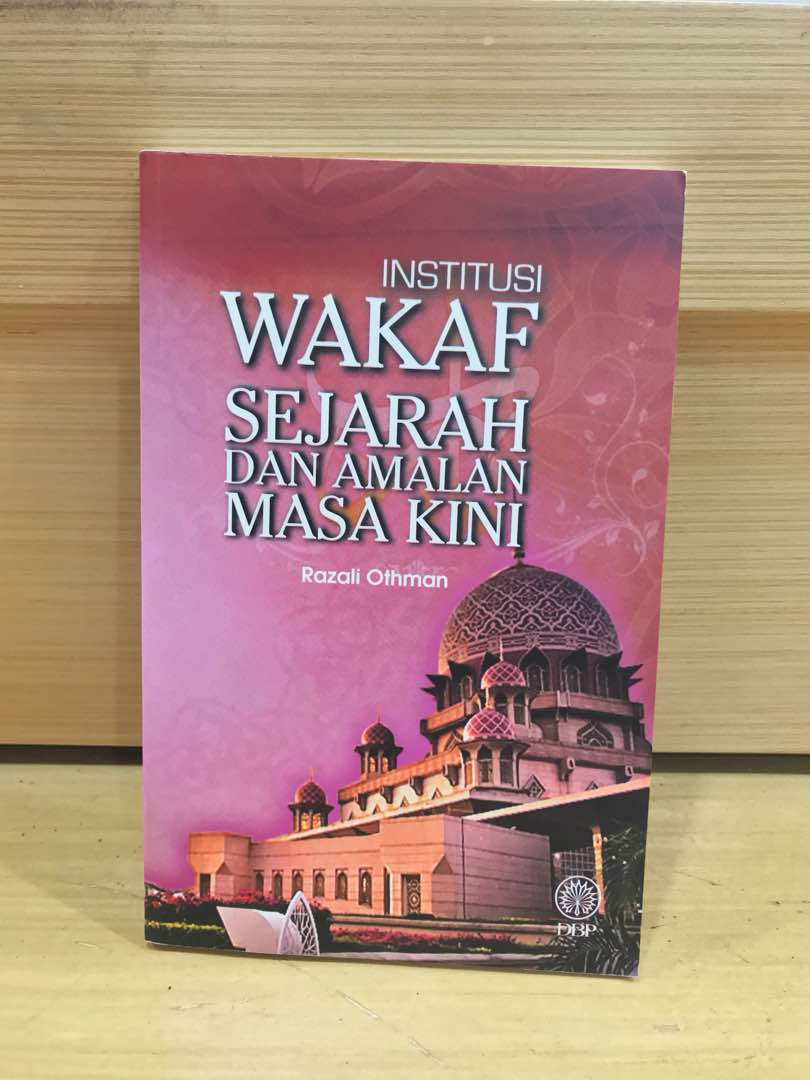 The waqf institution that is closely related to the socio-economic system embodied in Islamic tasawwur has played an important role in line with the development of Islamic civilization. The greatness, influence and strength of waqf institutions as a socio-economic financing mechanism of Muslims has led the western colonists to seek to break the existing relationship between waqf institutions and the Islamic economic system through a deliberate and planned policy. As a result, the waqf institution is understood and viewed in a context that is so narrow, not modern, uneconomical, anti-social and is only summarized in specific religious matters such as performing prayers and fasting only.

However, to this day, there's no Malaysian writers that had discuss about the waqf institution in detail from the aspect of its historical lines and its development prior to the presence of Islam. The theory of external influences, the theory of Arab Jahiliah influence and the theory of affiliation arose and became a debate among western scholars and Muslims (ulama) who until now still have no universal agreement between them. The question is, is the practice and legal system of waqf imitated from the pre-Islamic society as alleged by western scholars? In the meantime, information relating to waqf is required by administrators and those involved in managing and developing wakaf institutions. This enables them to fully understand the fundamentals, concepts, priorities, and the implementation of previous and current waqf institutions.

Among the causes of failure to manage the effective waqf property in Islamic countries is that some of those responsible for waqf property do not understand the behavior of wakaf in the context of past and present development. In addition, most of the books related to waqf are written in Arabic, English, Turkish and French, which would have been a barrier to students, administrators and the general public in Malaysia who are keen to know more about the history and development of these waqf institutions. Based on the above three issues, the book is written in Malay using references in Arabic, English, Turkish and French to enable the content to be read and understood more effectively by wider Malaysian society.

The writing of this book is made in a simple and easy-to-understand language style by various groups of people, and has been provided in descriptive form to identify the purpose, origin, role, and implementation of waqf institutions. This book is also written in a research-oriented method of secondary data and materials related to waqf with the concept of waqf. Therefore, this book is suitable for reference by Muslims and non-Muslims who are interested in understanding and recognizing the true concept of waqf according to Islam.

The first chapter in this book explains in detail the concepts and fundamentals of waqf's syaria' which is  based on al-Quran and hadith. This waqf's fundamental, then reinforced by Islamic ulama through approach (ijmak). It directly answers allegations of western scholars who claim that waqf exists as a result of foreign inspirations from the Byzantine, Roman, Jewish, German, Persian or English as discussed in the second chapter.

The third chapter discusses the greatness of the role and contribution of the waqf institution as a source of socio-economic financing of Muslims in various fields such as education (schools, colleges, and universities), worship houses and welfare (mosques, hospitals, ) and various municipal and business facilities (roads, irrigation, bazaars, hamam, and caravanserais).

Subsequently, the fourth chapter exposes Western policy of colonization through various approaches such as changes in legal system, seizure, cancellation, foreclosure, and property ownership of waqf properties. This deliberate and planned colonial policy and action was made with the intention of eliminating the influence, role, civilization, independence, morals, and immunity of the institutions in the waqf institution.

The fifth chapter discusses the issues and challenges faced by Muslim countries to rebuild the waqf institutions from the legacy of Western policy and actions. Desire and determination to re-establish the waqf institution among Islamic countries has created the introduction of cash waqf. Cash waqf are considered to be highly flexible, having high liquidity, easy to manage and reaching out to a wide range of communities has been accepted as a very popular method of performing waqf today.

Model Segi Tiga Pemasaran Islam (SPPI) formed based on the revaluation of the common marketing philosophy derived from the Islamic tasawwur, the two main components of the Segi Tiga Pemasaran Perkhidmatan (SPP) and marketing mix tools seen can be used as a strategy by waqf administrators to establish long-term relationships long with those who and will perform waqf. In fact, the issue of participation and community involvement in waqf activities that have become a barrier in the redevelopment of wakaf institutions will be solved through the use of this SPPI model.