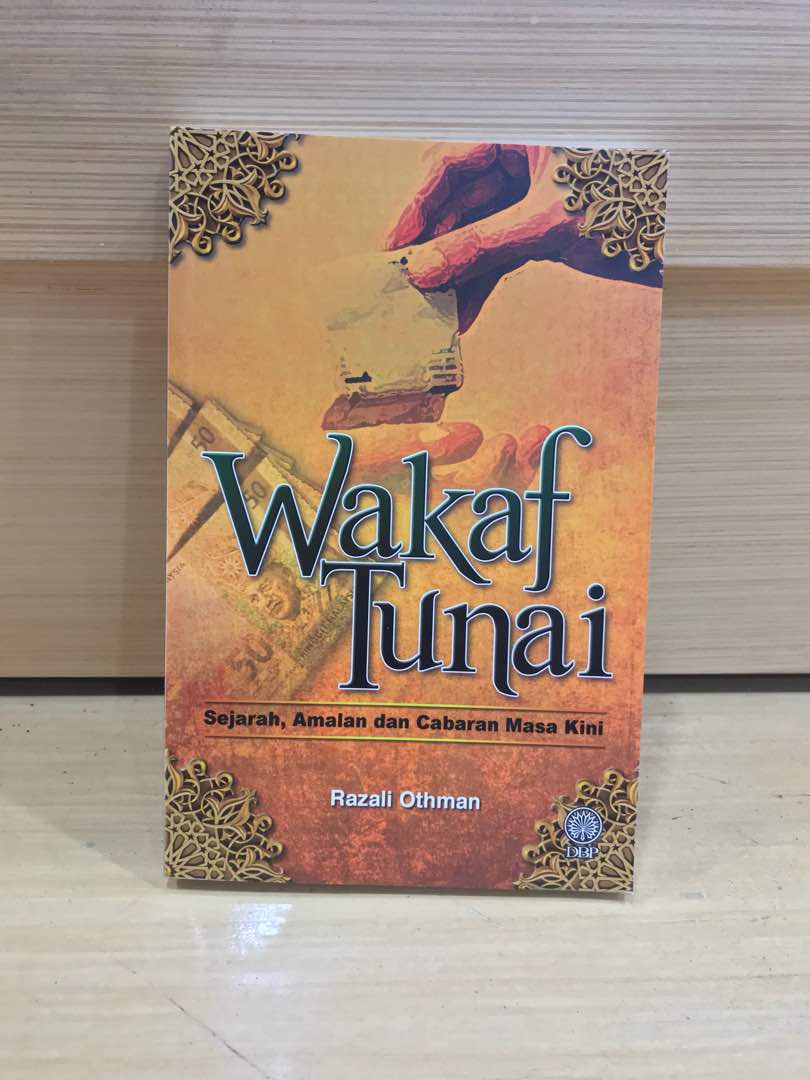 Waqf using cash as its instrument or better known as "cash waqf" has been practiced among the Islamic societies since the beginning of the  Uthmaniah government until its fall in 1924. Now, the cash waqf has been received again. It is considered as an important source of financing in the re-development of existing waqf assets, and establishing new waqf properties. In fact, cash waqf is seen as the most influential key to the success of the current waqf institution. However, there is a difference between the cash waqf practices in the Uthmaniah government and cash waqf now. During the Uthmaniah Empire, cash waqf were made using gold and silver money as instruments. But now, cash waqf is done using fiat money (wang fiat).

Based on this scenario, there are three questions that need to be addressed in relation to the use of money used as cash waqf instruments. First, what is the opinion of the ulama' in relation to cash waqf practices? Secondly, money changes evolutionally. Starting from commodity money to metal money and changing today to fiat money (wang fiat). So, is the fiat money that is not backed up with any intrinsic value, legally managed tender and its value determined by market power in line with Islamic law? What's more, fiat money is created by capitalists whose motives are based on extreme profits? Third, what is the appropriate strategy that can be applied to realize the cash waqf that complies with Islamic law?

To this day there has not been any writer in Malaysia or abroad to discuss in detail the cash waqf institutions in terms of the chronology of the history, development and challenges faced in managing it as well as the debate involves fiat money as its instruments. As has been explain, money or cash in gold and silver has been used as a waqf tools since  the beginning of the Islamic government until its fall in 1924. While today, fiat money which is not backed up with any intrinsic value, is legally managed tender and traded as a commodity item on the money market has been used as money or cash to perform waqf.

Thus, the research on its use as a tool of waqf needs to be reviewed and revalued. What are law implications? What is the effect of using fiat money on harmonious society? More importantly,is the use of this fiat money can fulfill the maqasid or the purpose of cash proceeding is to do good (qurba) and to draw closer to Allah SWT (taqarrub). These two purposes will then be the core of human creation on this earth that is to build relationships between humans and Allah SWT (vertical relations) and the relationship between humans and other beings (horizontal relationships).

This information is very much needed by administrators and those involved in managing and developing waqf institutions. This is to enable them to fully understand the basics, concepts, priorities and the implementation of previous and current waqf institutions. In fact, the study found that among the causes of failure to manage the effective waqf property was that some of those responsible for waqf property did not understand the behavior of waqf in the context of past and present development. In addition, most of the book related to waqf are written in Arabic, English, Turkish, and French, which being a barrier for students, administrators and the general public in Malaysia who are keen to know more about the history and development of these waqf institutions. Based on these three issues, the book is written in Malay by using references in Arabic, English, Turkish, and French to enable the content to be read and understood more effectively by wider community groups in Malaysia.

The writing of this book is made in simple language style and easy to understand by various groups of people. It is made in descriptive form to identify the originality, origin, role and implementation of traditional waqf and cash waqf. The book is also written in a library-oriented manner using the secondary data research methods and materials related to the concept of waqf. Interviews have also been conducted with experts comprising academics, mufti and waqf practitioners who are directly involved in managing and operating this institution. For the purpose of confidentiality, the names of interviewed experts are not mentioned. Only the name of the position and date of the interview are specified. Therefore, this book is very suitable for reference by Muslims and non-Muslims who are keen to understand and recognize the true concept of waqf and cash waqf according to Islam. This book is also very useful to administrators who are directly involved in managing and developing waqf properties in Malaysia, especially the officers of the State Islamic Religious Councils (MAIN), Hajj, Zakat and Waqf Department (JAWHAR) , institutions related to Islamic economic development such as the Yayasan Pembangunan Ekonomi Islam Malaysia (YAPIEM), Yayasan Dakwah Malaysia (YADIM), Yayasan Wakaf Malaysia (YWM) and subsequently students at Public Higher Learning Institutions (IPTAs), Private Higher Educational Institutions (IPTS) which conducts studies/ research on the development of Islamic-based institutions.

The first chapter in this book explains in detail the concepts and fundamentals of waqf's provision based on al-Qur'an and al-Hadith. This waqf fundamental, then reinforced through the approach of ijmak ulama. It directly answers allegations of Western scholars who claim that waqf exists as a result of the inspiration of external influences. Furthermore, the development and role of waqf institutions in the early days of Islam and the present and the era of their decline are also explained. The intensity and desire to rebuild this waqf institution has led to the re-emergence of waqf which use the money or better known as cash waqf today.

The second chapter discuss in detail the chronology of the creation, practice, development and management of cash waqf from historical perspective. Furthermore, the views of the fiqh ulama on cash waqf practices are also explained. Issues and disagreements among scholars to the practice of cash waqf, especially in the era of the Uthmaniah government which have led to its ban have also been discussed. Obviously, cash waqf has been widely accepted by the Uthmaniah society despite claims that its mechanism is discriminated against usury. In fact, this disagreement is a very complex issue that still has no solution and remains inconclusive until today.

The third chapter focuses on the practice, development and management of cash waqf today. The focus of the debate is on instruments, mechanisms, investments and contributions in the socio-economic development of the ummah. The diversity of mechanisms using fiat money as its instrument is also debated in this chapter. Subsequently, the fourth chapter discusses and revalues on the definition of money, money developments and the concept of money from an Islamic perspective. Disputes over the use of gold, silver and fiat money among scholars are also discussed.

The fifth chapter focuses on fiat money and its challenges. The definition of fiat money is explained by focusing on its three features ie money that is not backed up with any intrinsic value, legally managed tender and its value determined by market forces. The three existing features in this fiat money have led to two challenges that waqf administrators must face. First, fiat money is non-compliant the syarak. This is done by conducting a review of the six elements of fiat money namely philosophy, creation, value, function, transaction and usury (riba) involvement. These elements are then linked to maqasid waqf ie to do good (qurba) and to close themselves to Allah SWT (taqarrub). The results found that the use of fiat money proved to not only lead to failure in the financial system, but its application (pensyariatan) also far apart from Islamic perspective. The second challenge involves three categories. Thirdly, the fiat money features. These three categories are secondary challenges that need to be addressed by waqf administrators.

While in sixth chapter which is the last chapter in this book, focuses on strategies and proposals for managing waqf using fiat money as its instrument or cash waqf which is in compliance with Islamic law. Four approaches in short term strategy are advisable ie direct switching to movable property, gold as a waqf instrument, waqf the physical goods, inheritance waqf and external financing. And gold as a currency is also suggested as a long-term alternative. The use of gold as currency is also seen as an ideal alternative to cash waqf instruments that are ideal and conform to the scope of maqasid and Islamic law. In order to ensure that both strategies are effective, then the prerequisite strategy of the Segitiga Pemasaran Perkhidmatan Islam (SPPI) should be the basis for managing this cash waqf institution. In the other words, human resources that will handle cash waqf need to be exposed to the marketing of services that are spearheaded in the cash waqf activity. The essence of SPPI is tauhidi, in accordance with the maqasid cash waqf ie to do good (qurba) and to draw closer to Allah SWT (taqarrub).